On February 28, 2018, after choosing between schools, Amanda Vise signs to play soccer at Martin Methodist University. The Martin Methodist girls’ soccer team is known for their four year streak of championships in the National Association of Intercollegiate Athletics (NAIA) and season record of 21-1-2. The team is top in their district as they continue to triumph over opponents.
The signing was no surprise to the head coach and fellow teammates, considering her driven attitude and defensive skills. She is also known to attend every game and practice and is persistent during a tough game as Head Coach Wendell Gordon adds, “Amanda is a consistent player who gives her 100% every game.”
Amanda’s senior year playing high school soccer, during fall of 2017, the team had their first ever winning season in school history. Amanda and her many defensive saves contributed to this as she stepped up to play the roll of captain on the defensive line. Things seemed to go downhill after the teams one and only goalie, Franny Caven, suffered from a broken finger. However, after introducing Brienna Mobley to the position of goalie, the defensive line continued to show strength. Center defender Amanda Vise and ‘right hand girl’ Katherine Askins did not let the setback slow them down as they continued to show extra hustle to keep the ball out of the net as Brienna adjusted to her new position.
The chemistry Miss Vise helped spark on defense proved to show a great outcome as the girls ended their season with 6 wins and 5 losses which was the first winning season in the history of high school girls’ soccer. She has led a very successful high school career as she received the Team M.V.P award last season in 2017. She was also awarded with Defensive M.V.P in 2016 and Defensive M.V.P and All District Player in 2015. 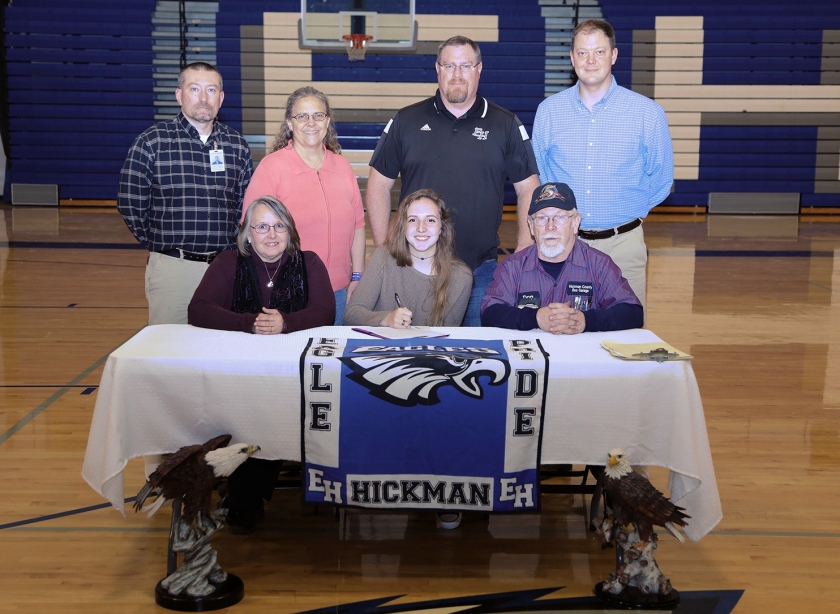