East Hickman High School’s Journalism staff hosted a night for skating and fun at Magic Wheels in Dickson. It was given the theme of “rolling back the clock” as students dressed from the decades of the 1950s through the 1980s.

On Thursday, February 22nd, the event took place after school. Different people expressed how they loved skating and would come back again if the school held another skate night. Ethan Stiltner and Jesse Pickard both mentioned how it was tough to skate at first, but it became better once they went out and did more.

Multiple students arrived dressed to impress as many of the decades of the past for the fun of the skate night. Rock and roll was represented not only by the 50s but by the 80s hairband era.  A couple of the students expressed their thoughts on the topic. “Dressing up added this layer of fun to the enjoyment of skating alone,” Callie Easley stated. However, poodle skirts might not be the best for skating!

Overall, the students and teachers who arrived at Magic Wheels had a very fun and enjoyable time. Another skate night will be in the future! 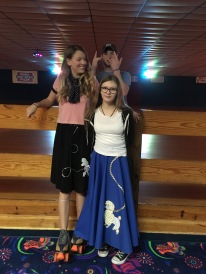 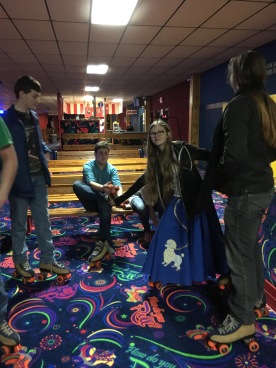