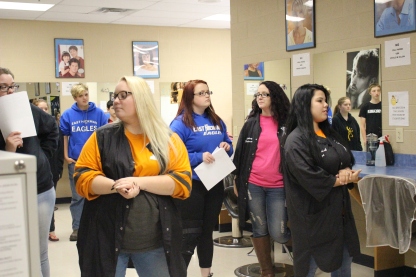 On May 1st, East Hickman High school welcomed the Class of 2021.  When the eighth-graders arrived they were taken to the auditorium and shown two videos: one about graduation requirements and the other with high school students revealing the variety of classes and courses offered here and their experiences with them.

Soon after the rising freshmen were assigned by teacher homeroom to our high school tour guides. Each group contained up to three guides. Through out the day, the eighth-graders asked many questions and even gave some quotes about coming to high school ranging from “High school is definitely going to be interesting” to ”I’m really excited about next year.” One student jokingly commented,  “Why is everyone here so tall?”

Overall,  the tour guides enjoyed escorting the upcoming freshmen and showing what the high school has to offer them. Some of the high school students even got to greet their favorite middle school teachers. At the end of the tour, the eighth- graders returned to the middle school with their preview of high school fresh on their mind. East Hickman High School welcomes the Class of 2021 next year!

On April 19, 2017, the East Hickman High School Science Club and FFA teams competed in the Buffalo-Duck River Resource Conservation and Development Regional Envirothon. The two teams participated in five specific areas and worked as a group to answer multiple detailed questions. In this year’s envirothon, the groups were involved in the topics of Wildlife, Soils, Aquatics, Forestry and the Current Topic of Agricultural Soil and Water Conservation Stewardship.

The two groups of hardworking students did a lot to prepare for the big event. Sophomore Delanie Livengood stated, “It was hard work. I had to study tree identification, soil judging, aquatics, wildlife, and this year, soil and water conservation.” With all the work ethics of the students put together, they all accomplished great things during the event. Troubles, however, did arise as the competition progressed. Ironically, one of the biggest struggles seemed to be “trying to identify the Sweet Gum tree,” described by Tate Kinney, a member of the self-titled Sweet- Gum Mafia team. With all of this pushed aside, the two teams made an incredible win.

This year, Ms. McCaleb’s science club team came in first place while Mr. Flowers’ FFA team placed second.  This was a great accomplishment on their part because the competition was held in our own county.  These students blew the competition away and have set the bar high in our region. The clubs defended Wayne County teams by 105 points, Perry County teams by 169 points, and Lewis County by 203 points.  By finishing in first place, the Science Club  will be competing in the State Envirothon on May 9-10. This will be their second year in a row to participate in the State Envirothon. Last year, they finished in 5th place. The two students, Livengood and Kinney, state that they are “ecstatic and proud of the team.” Kinney continues, “Above all else, I feel dutiful to make up for last year’s loss.” The two additionally stated that they feel that their chances at winning in the future will be very high.

The groups show great potential in the future at the state competition. From the scores of this year, the teams will most likely shoot for another win in the near future. The members can look forward to trying to go on to nationals and gaining scholarships which would help them out in the long run.

Overall, the two sets of team mates display a strong work ethic and unique blend of  intelligence. Everyone in the groups works well together and most likely will be together for a while. “Why stop now? I’ve been a part of it for two years now,” states Kinney. From the events, the students seem to show great friendship during their times together. Livengood adds, “I’m friends with everyone on our team, and I enjoy spending time with them.” A win all around. 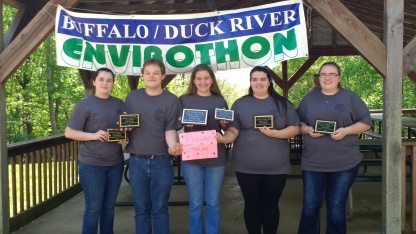 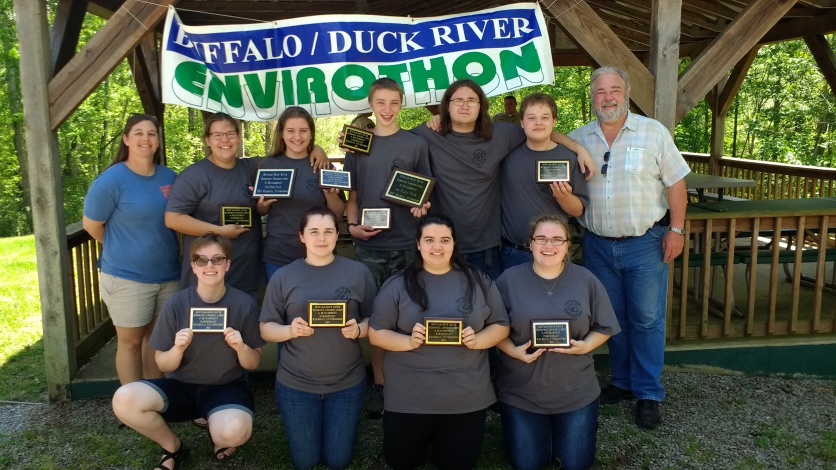